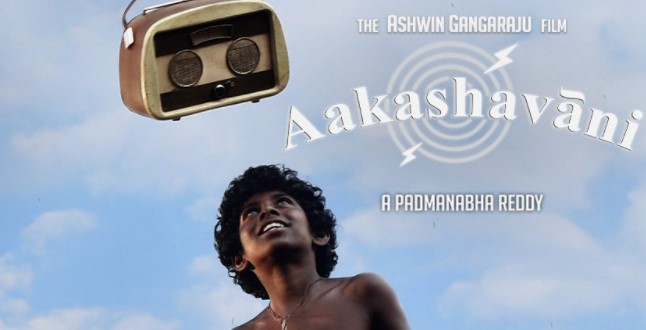 Aakashavaani Movie is a Thriller Action Drama movie. Village people get exploited and harassed by one man who dominates them and rules them rudely. People their Pray for god to help them, In this course they’ll get a Radio. What Happens then is going to be the Interesting part of the movie.

Director Ashwin Gangaraju earlier worked as an Assitant to SS Rajamouli. SS Karthikeya who is again the son of Rajamouli is part of the Project as producer. Prabhas launched its Trailer through Social media and said that it looks Promising.

Aakashavaani Movie is all set to release directly on Sony Liv OTT Platform skipping theatrical release. It is the long waited movie since 2 years. SS Rajamoulis’s Assistant Ashwin Gangaraju is the director of this movie.

Aakashavaani Movie is going to release on Sonly Liv OTT on 24th September 2021. SS Rajamouli’s Son SS Karthikeya is aslo part of the Project as Producer. Rebel Star Prabhas has launched its trailer on 20 September 2021 and said that it has excellent visual Effects and looks Promising.