Sabdham Movie OTT Release Date: Aadhi is the one who can play any role; I’m glad he didn’t fix to become a star, he proved himself as an actor by playing both lead and antagonistic roles; he was most recently seen in the Telugu film “The Warriorr,” starring Ram Pothineni and directed by Linguswamy. Adhi appeared in many films this year; he was last seen in a lead role in a film called “Clap” which was helmed by debutant Prithivi Adithya, and Adhi played an athlete; sadly, the film didn’t do well. 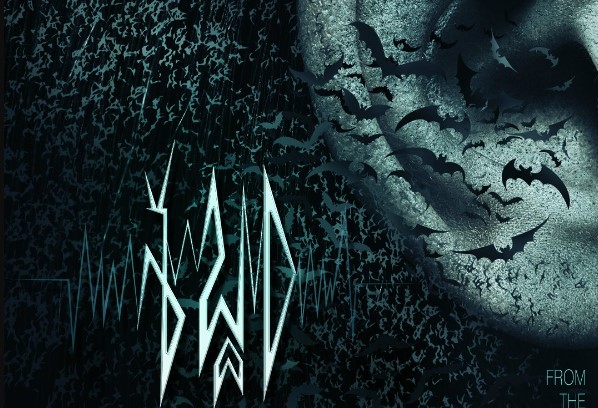 Apart from the lead role, he was seen in, as earlier said, The Warriorr as the villain and Keerthy Suresh‘s Good Luck Sakhi. The Warriorr was a disaster, but he was acclaimed for his performance, but Good Luck Sakhi failed at the box office. However, Adhi is back with an exciting flick called “Sabham,” which is billed as a horror thriller and will be directed by Arivazhagan, who previously collaborated with Adhi on the film “Eeram,” or “Vyshali” in Telugu. Interestingly, Vyshali or Eeram was also a musical hit, thanks to the latest sensation Thaman. And now the trio is back with this film to make you scared.

As of now, Sabham makers haven’t divulged what the story is about but as we go by the first look the film primarily deals with sound. However, the makers have dropped the official synopsis, and we will update you.

Adhi Pinisetty plays the lead role and the rest of the cast will be revealed in a while Arivazhagan will direct the film, while Director of Photography will be taking care by Arun Bathmanaban, Thaman S will compose the music, and the film Produced by 7 G Siva.

talking about other technical crew, editing will be taken care of by Sabu Joseph VJ, Production design by Manoj Kumar, Stunts by Stunner Sam, Lyrics by Viveka, Sound design by Sync Cinema, Audiography by T. Uday Kumar, DI will taking care of by Yugendran.

As we all know, despite the fact that Eeram or Vyshali was released with no expectations, the audience was blown away by the making and it became a blockbuster hit. Now, almost 13 years later, the trio Adhi Pinisetty, Arivazhagan, and Thaman S is back with this film called Sabdham. Sabham’s first look has been unveiled by the makers on the occasion of Adhi’s birthday, and the first look is quite unique and scary as well.

Despite the results, Adhi has been doing pretty well in his movies, as he was last seen in the film called ‘Tha Warriorr.” Though the film failed, he was praised for his character and performance. As a lead role, he did a film called Clap, which was a disaster, and now his upcoming film, called “Partner,” will hit the screens very soon. Adhi took to his social media handle and shared his excitement about Sabdham, saying that the film will be a new experience and have a sound that you’ve never heard, which raised curiosity.

Sabham’s regular shoot will commence very soon, and the makers plan to wrap up the shoot within 2 months and plan to release it midway through 2023. Talking about digital rights, the makers haven’t announced them yet, and it’s too early to announce them as we can get all the details after the film gets released in theaters. Well, stay tuned with us; once we get the official confirmation, we’ll update you.

Arivazhagan released two films this year, Tamil Rockerz starring Arun Vijay, which was directly released on Sonyliv, and another Arun Vijay-starrer, Borrder, which failed at the box office. Now he has announced his next as Sabham with Adhi Pinisetty, and he said that the film’s world is completely different, something we have never seen in recent times, and sound plays a major role in the film.

Sabham makers haven’t been released the trailer yet as it will take some more time and once the trailer officially dropped by the makers we will upload it here.

When is Sabdham OTT Release Date and Time?

Not Declared, Sabdham movie makers have not yet announced.

Where can we watch Sabdham?/ Where Can I see Sabdham?

Not Declared, Sabdham movie makers have not divulged yet.

Is Sabdham hit or flop?

Not Declared, Sabdham movie has not been released so we can not say Hit or Flop

Is Sabdham Movie available on Netflix?

Is Sabdham available on Prime Video?

Is Sabdham available on Aha Video?

Is Sabdham Movie available on Hotstar?

Sabdham is going to be one of the best films in Adhi Pinisetty’s career, and sound plays a major role in the horror genre, and interestingly, their title itself is Sabdham, which means sound. I’m sure the film will definitely scare you. In amidst the regularity of horror films, this one will stand out in every way; if all goes as planned, the film will hit theatres mid-way through 2023.