A Masterpiece Telugu Movie OTT Release Date: Suku Purvaj is known for the films called ‘Shukra’ starring Aravind Krishna and Srijita Ghosh which has got quite good streaming minutes and ‘Matarani Maunamidi’ has released recently got some good reviews from the audience and critics as well and is back with another interesting flick called ‘A Masterpiece’. makers have dropped the first look of the film and it is touted to be a superhero film. 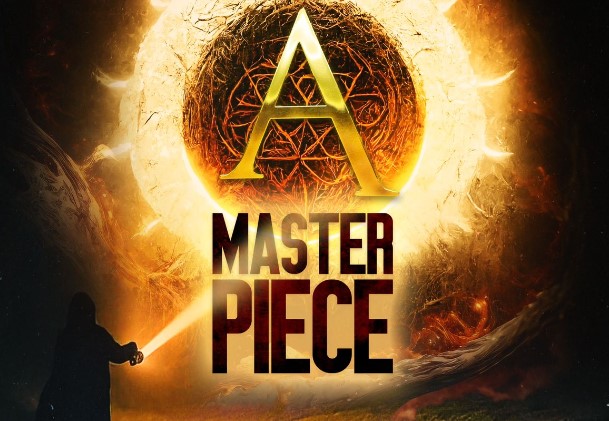 Recently makers dropped the trailer and it grabbed all the moviegoer’s attention with stunning visuals as part of it is going to create a Prasanth Varma Cinematic Universe with these Superhero films, Apart from Hanu-Man he is been doing a film called ‘Adhira’ which is also a superhero film. However, with that confident Suku Purvaj is making a film with a superhero backdrop.

A Masterpiece makers haven’t divulged the plot yet but Suku Purvaj quoted the lines that ‘Life is a masterpiece that you create, you are a masterpiece. But who are you? Welcome to the world of a superhero Mr. A’.

Arvind Krishna plays the lead role in the film and the rest the yet to be announced, Shiva Ram Charan cranks the camera, but the Music director hasn’t been confirmed yet, and Kandragula Srikanth is the producer of the film under the banner of Cinemabandi Productions and technical team will be announced very soon.

Currently, A Masterpiece is in the pre-production stage as makers are planning to make a movie with a whooping budget. Suku Purvaj said that the script has come out quite well as it demands a lot of VFX in order to achieve what he has imaged it has been taking a lot of time in pre-production work. Keeping the story in mind, makers are planning to release the film in all south Indian languages.

Suku Purvaj rose to fame by making films like Shukra and ‘Matarani Maunamidi both were commercially successful. Talking about A Masterpiece, if everything goes well the film go on floors earlier in 2023. As per the sources makers are erecting big sets in Hyderbad’s outskirts and the majority of the shoot will be done in those sets and a few action sequences will be shot in other countries.

Technically A Masterpiece is going to be top-notch as the poster itself is looking quite unique, the film is not just about science fiction it is a blend of thriller and superpowers as well. The film will be shown how the superhero rises. However, makers haven’t divulged who acquired the digital rights and I think it’s too early to announce as we can expect all the details after the theatrical release till then stay tuned with us.

Aravind Krishna has been in the industry for many years unfortunately he couldn’t get a solid break. He was last seen in the film called Rama Rao On Duty starring Raviteja as RMP Kabir but as a lead hero, Shukra was the last film which was directed by Suku Purvaj.

Currently, he is been doing to film called Gray-The Spy the film is in production right now and he has signed this film called A Masterpiece and he seems super confident about the film. He is going to look great as a superhero. However, talking about the film’s OTT release date, it’s too early to announce the OTT release date as we can expect the OTT availability after the theatrical release and once we get the official confirmation we will update you.

A Masterpiece trailer is yet to release, right now makers have released the poster of the film and it looks quite interesting. We will upload the trailer here once the makers drop the trailer or teaser.

When is A Masterpiece OTT Release Date and Time?

Not Declared, A Masterpiece movie makers have not yet announced.

Theatres, A Masterpiece will hit the screens on January 14, 2023.

Who bought A Masterpiece OTT Rights?

Not Declared, A Masterpiece movie makers have not divulged yet.

Is A Masterpiece hit or flop?

Not Declared, A Masterpiece movie has not been released so we can not say Hit or Flop

Is A Masterpiece Movie available on Netflix?

Is A Masterpiece available on Prime Video?

Is A Masterpiece available on Aha Video?

Is A Masterpiece Movie available on Hotstar?

A Masterpiece is billed as a superhero film with a blend of thriller and also it has all commercial elements. Despite the hero market makers are planning to make this film with a huge budget and very soon the film will be commenced and it is expected to hit the screens by the end of 2023.