9 Hours Web Series Review: Telugu film industry has been doing well interns of making unique films and original web series, there is a lot of web series being made in Telugu for the past few months adding to that 9 hours is one among them, Hotstar original 9hours has released today June 02, 2022, so without any delay, let’s jump into the in-depth review of the series. 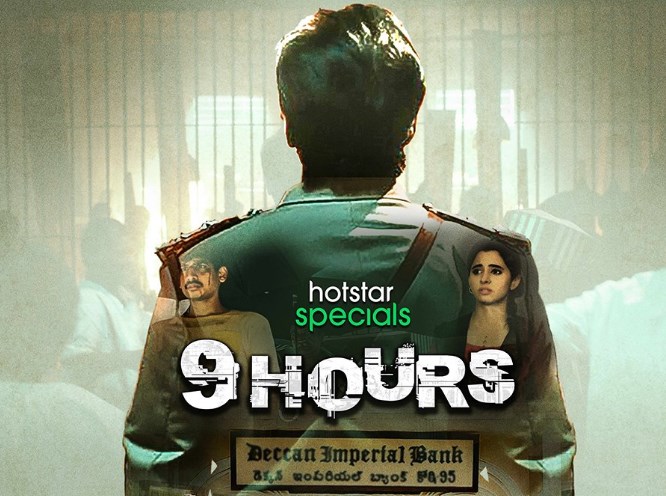 9hours starts with 3 bank robberies happening simultaneously, cut back to central jail, where 3 prisoners are making plans for robbery and they had to go out and come back within 9 hours, finally, how did they escape from the jail? Why did they are planning to rob the bank and who’s behind this crime? to know all these you need to watch the series.

The series starts off well with robbery scenes where the audience starts engaging from the beginning itself, later the story shifts into the central jail, as it makes even more interesting in the jail because of the communication of prisoners and outsiders, it also reminds the series called prison, but director succeded in engaging the audience, there are flaws but kept aside the series has a lot of thrilling elements in every episode, as it seems like makers have perfectly understood the web series design despite the fact, few episodes in the middle may get distracted from the main plot but that’s no big issue as to make web series story needs to tell in every perspective.

9hours has a brilliant star cast when it comes to Tarak Ratna, we missed him for so long and he has done a brilliant job in the cop role and Ajay one of the prisoners as always he nailed it and the rest of the cast did well.
Kudos to the director, as it’s not easy to make web series and that too not at all easy to make interestingly and director undoubtedly succeded in the making of this series. Ace director Krish Jagarlamudi is the creator of this series as he has written so well of the bank heist scenes as it reminds a bit of a money heist but it makes you thrill all those scenes happening in the bank.

Technically 9hours looks great, Manoj Reddy’s cinematography and color palette were brilliant and Shakthi Kanth Karthick’s music also suits the situation but it could have been better, and the rest of the technical department is okay.
Finally, 9hours is must watch series, if you love thrillers then you must give it a try.