83 Telugu movie review and ratings: Most awaiting movie “83” got released and its getting good response from audience. Ranveer singhs appearance as kapil dev stealed the show. As many thought it would be Biopic of Cricketer kapil deve, but the story revolves on the point of India’s first world cup win in 1983. 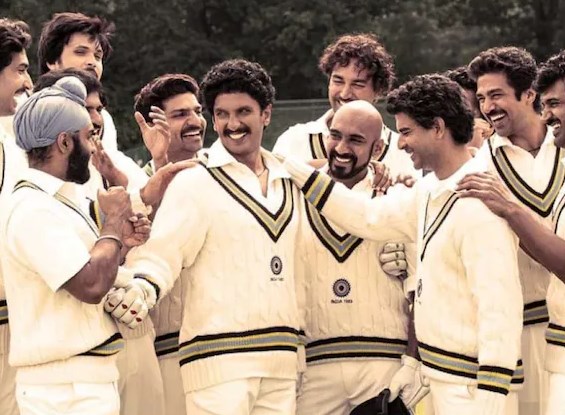 83 is a Complete Sports drama. Story revolves around how India won World cup on June 25, 1983 over westindies. Kapil dev was captain at that time. How Kapil leads his team and the journey of team players were shown.

Director kabir khan presented the movie as same as what has been happened in real. The real images incidents also made part of this film. All the hidden talents of actors has come out with this “83”

Positve Points: Actor Ranveer Singh and director kabir khan has worked hard a lot in coming out the film at its best. Audience were made to feel the real things that had happened in 1983 at time of winning world cup

Negative points: Movie is very long and viewer may have to take additional one break apart from interval. Some scenes which are not part of the real story were included to make film spicy.