777 Charlie Telugu Movie Review: Rakshit Shetty is one of the most underrated actors in Kannada as he always tries unique content and even if it’s didn’t do well he tries another one, his last outing Athade Srimannarayana was an experimented film but it didn’t fared well but without losing hope he comes up with another unique film called 777 Charlie, this film sets a lot of expectations as the trailer grabbed the attention not only audience that celebrities tweeted about the film, interestingly Rana Daggubati presenting the film Telugu, so the film has been doing well with a great talk from the audience as well as critics, without any delay lets delve into the in-depth review and let’s get know whether the film is worth watch or not. 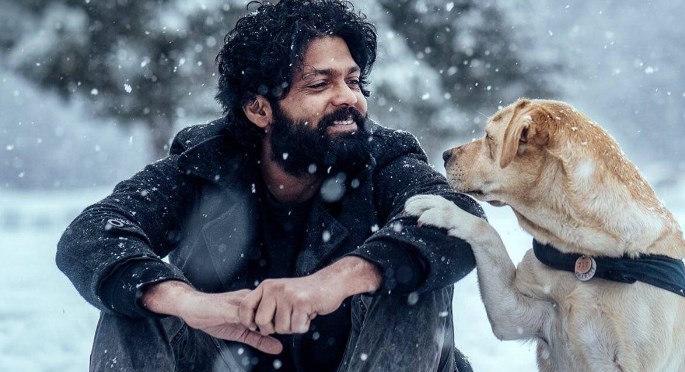 Dharma(Rakshit Shetty) is a lonely man, who has no purpose to live as he eats idly and sleeps this is his routine and he has anxiety issues, but Dharma’s life drastically changed when a dog called Charlie entered his life, initially he irritates on Charlie but later he fell in love with Charlie and Charlie showed to Dharma a new perspective of life, However, twist arises ion the tale that Dharma gets to know that Charlie has cancer, one day Dharma and Charlie decided to explore the life as both starts traveling to different cities in the process Dharma knows the value of life and the importance of relationship as Dharma can’t live without Charlie, Finally, How long Dharma and Charlie relation go is the rest of the tale.

To make a blockbuster film the film should make the audience emotional, human emotion in the film is the major point, as we have seen many films that are made audience emotional, but 777 Charlie has human and Animal emotions, that we haven’t seen recently, long back we have seen Rajendra Prasad’s film called Rajendrudu Gajendrudu and now 777 Charlie though it is Telugu dubbed film, the fact emotion has no language, However, talking about the film starts off well with hero’s introduction and why he lives lonely everything showcased within 10 minutes so that audience is ready to start the journey with Hero, but the film gets slow after hero’s introduction as the films get interesting once the Charlie enters, from there to climax it roller coaster ride.

There are a lot of scenes that make you emotional and all the scenes land well it hooked the audience till the end while watching the film it resembles some Hollywood but the makers made it with Indian emotions and that worked out quite well.

Rakshit Shetty as Dharma is simply superb as a carefree and lonely guy and a responsible and mature person the 2 shades of characters he effortless;y pulled it off, especially in an emotional scene with Charlie melt your heart and Bobby Simha made guest role in the film though he has less screen space he engages you with his fine performance and rest of the cast did well.

We should appreciate the director Kiranraj K for the beautiful script and he brilliantly executed the film with a lot of conviction, However, to bring or convey emotion with animals it’s not at all easy, and kudos to the director and Charlie’s trainer, there are lot of emotional scenes that Rakshit Shetty and Charlie have to emote and Charlie emotes so well.

Technically 777 Charlie looks top-notch as it is cinematography or music, Arvind S Kashyap’s cinematography is the major asset of the film, and also Nobin Paul’s background music, especially in emotional scenes killed it.